Will Computers Ever Take Over the World?

When people hear the words artificial intelligence and machine learning, they get a little nervous. After all, these are the same technologies that have given us self-driving cars, drones that can recognize objects and movements, and chatbots that can understand human speech. Those same AI and ML technologies are now being used to develop robots, automated factories, and algorithms that can perform tasks more efficiently than humans. Sounds like something out of a nightmare or a sci-fi movie, right? But is there any reason to be afraid? After all, computers have become more capable because of AI and ML. Is this technological progress something to be concerned about? Or is it just another example of humankind harnessing technology for our own good? We take an in-depth look at how artificial intelligence has developed over time and where it may lead in the future…

What is Artificial Intelligence?

Artificial intelligence is technology built to perform tasks that usually require human intelligence. AI can be built into software or specialized hardware, and it can be used to create robots or computer programs that can be trained to do certain tasks. The term “artificial intelligence” first emerged in the mid-1950s. At the time, most people didn’t fully understand what it was or what its potential use cases could be. However, researchers knew that such a technology could be used to create machines that could perform tasks that are usually associated with human intelligence, such as learning and reasoning. In the decades since, AI has become a multibillion-dollar industry, and it’s expected to become a $90 billion industry by 2022.

Why Are There Concerns About AI?

Machine Learning and Its Potential Consequences

Machine learning is a subset of artificial intelligence. It’s the process of building algorithms that can “learn” from data and improve their performance over time. Machine-learning algorithms are frequently used to deliver personalized services like product recommendations, spam detection, and language translation. They can also be used in the medical and financial sectors. The field of machine learning is relatively new, but rapid progress has been made in recent years thanks to the rise of deep-learning algorithms. Deep-learning algorithms are capable of understanding complex patterns in data. They can analyze large datasets and learn from the information, so they can be applied to a wide range of different applications. Deep-learning algorithms use a process called artificial neural networks to build mathematical models of how data is structured. These algorithms have been responsible for a number of impressive technological breakthroughs.

Will Robots Eventually Take Over the World?

It’s unlikely that robots will ever be able to completely take over the world. However, they could pose a significant threat to humans in the next few decades. Autonomous weapons, such as military drones and AI-driven weapons, could lead to massive destruction and death if they’re ever misused. AI could also pose a threat to humans because it could be used to manipulate people. AI could, for example, be used to create fake news or amplify biases against certain groups. AI could also lead to job losses in the economy. Industries like health care, law, education, retail, and transportation could all be negatively affected by AI. AI could lead to widespread job losses across industries, especially if no action is taken to regulate the technology.

Artificial intelligence is a powerful technology with applications in multiple industries. However, it also raises a lot of concerns. To get the most out of AI, businesses must work to ensure that the technology is used responsibly. They must also educate their employees about the potential impact AI could have on their careers. 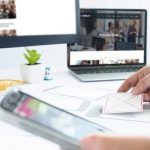 Previous Story
9 Factors That Will Make Your Design Great
→

Next Story
Interior Decorating Tips That Will Transform Your Home