5 Impressive Architectural Structures of the World 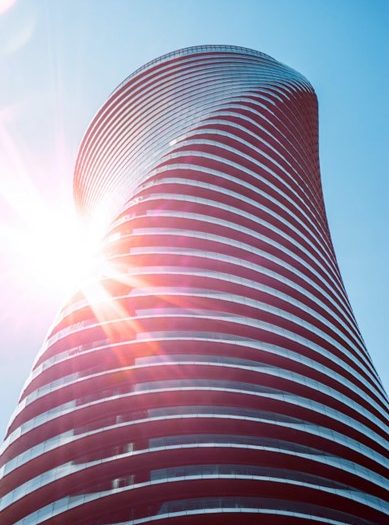 The world’s architectural wonders are as varied and dynamic as the places they occupy. From hillsides to historic cities, these structures come in a wide range of sizes, shapes, and uses. While some exist for practical or residential purposes, others serve as tourist attractions or landmarks. These architectural gems stand out for their unique design elements and functions. Some have used unusual materials to create striking effects, while others have cleverly incorporated existing features into new buildings. Let’s take a look at some of the most impressive examples from across the globe…

The Hagia Sophia in Istanbul is a stunning example of Byzantine architecture. Originally built as a church around 380 AD, it became a mosque when the Ottomans conquered the city in 1453. The building was converted into a museum in 1935 after a major renovation. The structure’s towering dome, sturdy columns, and ornate carvings have earned it a place on the UNESCO World Heritage list. The site is also notable for its “stellar” acoustics, which made it a popular destination for performance.

The Colosseum in Rome, Italy, is one of the world’s best-known architectural structures. It was built around 80 AD and was designed as a large open-air stadium for gladiator battles and other public events. The building was also used to host sports competitions and as an execution site. The Colosseum remained in use for over a thousand years and is still considered a landmark of the city of Rome. It has been featured in numerous works of fiction and has been celebrated as an impressive example of Roman architecture and engineering.

The Taj Mahal in Agra, India, is one of the world’s most famous architectural gems. The building was constructed between 1631 and 1653 as a mausoleum for the emperor Shah Jahan’s wife, Mumtaz Mahal, who died while giving birth to their 14th child. The structure is considered an architectural marvel, with its stonework, gardens, and selection of materials having greatly influenced subsequent architectural designs. The Taj Mahal is one of the “seven wonders of the world” and a UNESCO World Heritage Site.

The Sagrada Familia in Barcelona is a major landmark of Spain. The church was designed by renowned architect Antoni Gaudí, and construction began in the late 19th century. Gaudí was working on the building until his death in 1926 — the project was subsequently put on hold until the 1970s. Although it’s not expected to be completed until at least 2026, the Sagrada Familia is already an impressive architectural wonder. Gaudí’s unusual use of materials has earned the site an inclusion on the UNESCO World Heritage list.

The Wangan Building in Tokyo, Japan, is a unique architectural structure. The building was originally used as a power plant, with its distinctive design and layout intended to aid in the smooth operation of machinery. The building’s design includes numerous openings that allow air to flow through the machinery, as well as a series of girders that act as a sort of cooling system for the building. This design makes the Wangan Building a visually stunning example of architectural ingenuity.

The Great Wall of China

The Great Wall of China is one of the world’s most famous architectural wonders. The wall was constructed between 220 BC and 1644 AD with the aim of defending the Chinese Empire from outside threats. It is a significant archaeological site, as well as a major tourist attraction. This architectural masterpiece is the world’s largest human-made structure — spanning approximately 3,700 miles and earning a place on the UNESCO World Heritage List. The Great Wall of China is famous for its impressive design and its cultural significance.

The Musashi Murai Language Centre in Tokyo, Japan, is a striking architectural gem. The building was originally constructed as a school for the deaf and blind, with its unique design intended to aid in the efficient teaching of language. The design of the building allows students to interact with each other and instructors without the need for spoken language. This unique architectural design has earned the building an inclusion on the UNESCO World Heritage List.

These impressive architectural structures are as varied as the places they occupy. From hillsides to historic cities, these structures come in a wide range of sizes, shapes, and uses. Some exist for practical or residential purposes, and others serve as tourist attractions or landmarks. These architectural gems stand out for their unique design elements and functions. Some have used unusual materials to create striking effects, while others have cleverly incorporated existing features into new buildings. 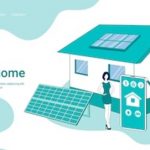 Previous Story
Why You Should Invest in a Smart Home
→ 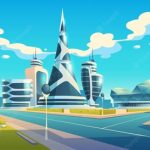 Next Story
Why Modern Architecture Is The Future of Our Cities